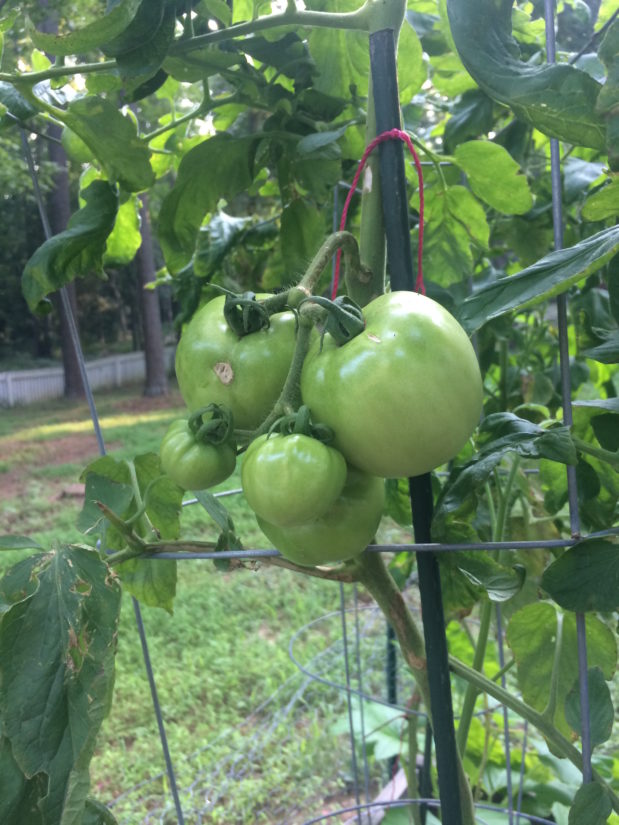 I’ve had the same problem for all three years of my garden. I do a good job of trimming plants and keeping them under control when they’re first growing. But about halfway through the growing seasons I think, I got this. The plants are fine. As long as they’re growing that’s good. 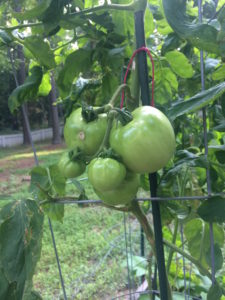 Wrong. As in past years, I let my garden get out of control. In Steve’s words, my tomato plants “looked like a forest.” My plan was to train the squash to grow on a trellis but I didn’t quite get around to doing that. So right now, the squash has taken over the middle of the garden.

If you don’t prune back your plants, they’ll focus on growing foliage instead of vegetables. All those pretty, deep green leaves aren’t actually adding to the plant’s ability to produce delicious crops. I spent some time last weekend trimming back the tomatoes and squash. We’ll see if that increases the yield.

On another note, this will be the final year for Veggie Garden Virgin. I started the blog two years ago to share lessons learned. I also hoped it would take off. Even though it never did, I had fun writing it. Looking back I’ve written less and less each year to only about once a month this season.

I hope the blog has been helpful and somewhat entertaining. I’ll do one final post next month. Thanks for reading! 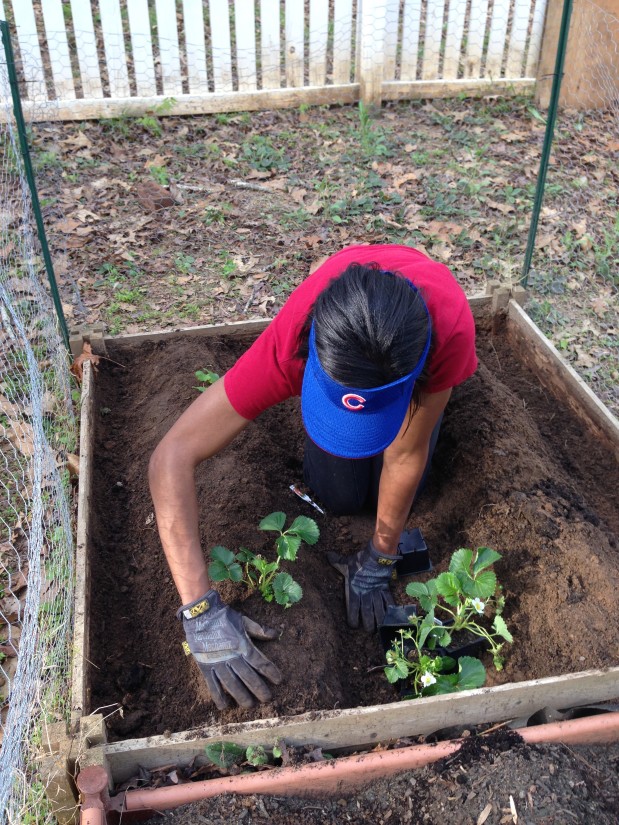 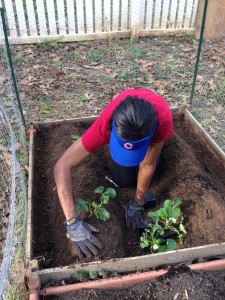 Veggie Garden Virgin is back! I know people gave me grief last year about the name, but I don’t feel like a veggie garden veteran quite yet. But I’ve taken what I learned over the last two years to make this year the best one yet.

I started off the season by attending the Southern Ideal Home Show in Raleigh. My goals were to possibly pick up some new tools and some gardening advice. I got so much more!

Stop 1- Strudel
First we spotted the Helmut’s Strudel stand. Never one to turn down a good pastry, Steve and I picked up an apple strudel to share. I’m not exaggerating when I say it’s the best strudel I ever had- light, flaky and delicious. Steve had no interest in getting another one and deep down I knew I didn’t need a second. But that didn’t stop me from gazing longingly at the booth as we walked away.

Stop 2- Beer
Two guys with a table of glistening beer bottles somehow talked me into signing up for their beer delivery service. Do you love Netflix? Do you love beer? Well, Brewpublik combines the two! You tell them what type of beer you like and each month a case magically appears at your home that matches your preferences. It took a lot of arm twisting (meaning almost none) to get me to sign up. Hello beer on my doorstep each month!

Stop 3- Gardening Advice
Now this was the reason I attended the event. No longer distracted by mouthwatering strudel or fresh, craft beer, I received great advice from North Carolina Cooperative Extension staff. Cooperative Extension’s master gardeners can answer any gardening questions you may have by email, phone or social media. They’re like gardening superheroes, rescuing doomed plants and solving problems. Exactly what I needed.

Thanks to the Ideal Home Show for giving me what I needed gardening-wise and for providing a couple of things I didn’t know I wanted, but needed in my life!

Well folks, this is a post I meant to write six weeks ago but never quite got around to. I can’t blame it on the World Cup, football or anything else. Just my pure laziness and procrastination. Its several weeks late, but this is my farewell until next gardening season.

This year has seen both good times and bad. The good- lots of fresh tomatoes and a few cucumbers, some lettuce and strawberries here and there. The bad- realizing I could’ve had way more tomatoes if I had pruned the stalks properly, bugs and bacteria killing the plants and my non-functioning compost pile.

Since this is my last post for this year, I suppose I can make a confession hoping you’ll forget about it by next spring. Last month, we had about two straight weeks of rain. During this time, I assumed all the plants in the garden had died from oversaturation. Imagine my surprise when Steve walked in shortly after the rain spell ended with several red, ripe tomatoes in hand. At that moment I felt like the world’s worst gardener, having abandoned my plants which were still very much alive.

I realized then I still have a lot to learn when it comes to gardening. Year two was much better than year one but I know I have a ways to go. No worries though, I plan to turn this year’s mistakes into next year’s successes.

And to answer a burning question from commenters on my first blog post- I’m not a gardening virgin anymore, but I still plan to keep the name. Thanks to everyone who took the time to read my blog this spring and summer and encouraged me with kind words while doing so.

Tune in to next spring to see how it goes for this Veggie Garden (somewhat) Virgin!

Welcome to Veggie Garden Virgin! So MJ… what’s up with the name? No, this isn’t a fetish site for vegetable enthusiasts. I chose the name because I’m growing my own vegetable garden for the first time.

Since moving last summer from a townhouse with a tiny concrete patio to a house with more land, I actually have room to try what
I’ve been wanting to do for years. Hopefully my efforts this summer will go better than when I tried to grow tomatoes from seeds a couple of years ago. Let’s just say that I started the seeds in March and didn’t get any fruit until November. And that was only because
a neighbor took enough pity on me to give me large pots and high quality compost. And then help replant the tomatoes. After that, I had a few juicy, although small tomatoes just in time for winter.

I’m using this blog to track my gardening trials and tribulations. Hopefully others will find this a useful tool (or a guide of what not to do.)

My husband has graciously offered to help, although I think it’s more for a front row seat of all the ways I could potentially mess up this summer. I’m hoping to have some friends with experience offer some tips and guidance as well.

I’ve done my research, which mostly consisted of reading a few gardening articles and looking at pictures of pretty gardens. Let’s see what happens this summer as a veggie garden virgin!